Building amenities such as elevator systems are sometimes taken for granted. What goes up, after all, must come down, and vice versa, right? But elevators are not just for convenience and awkward silent moments, they also accommodate residents unable to climb stairs, and are critical for deliveries and facilitating maintenance workers. 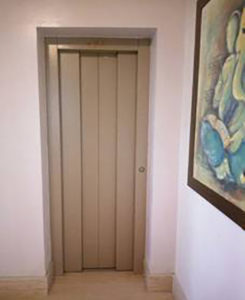 Mr. Naresh Wadwani, from Mumbai, had installed a locally manufactured home lift 3 years ago in 2015.
He’s a resident of Juhu, one of the most prime
locations of the city.

It was just a few months ago when he contacted
us discussing possibilities of replacing his old lift with
a new TK Access Solutions home lift. As the discussion
went into details we discovered some of the
major issues that he was facing with his current lift which will leave you in a serious dilemma if you were taking your elevator purchase casually.

Mr. Wadwani explained that he was not comfortable using the lift because it was running on three phase power supply & with constant power fluctuation the lift would often be non-functional. His ARD (Automatic rescue device) consisted of large size distilled water battery which although occupied considerable space but proved to be a failure when it came to giving backup, in case of power failure. The electricity bill dug a big hole in his pockets too.

On top of that, the after-sales service provided by the company was sub-standard. “A new elevator should be treated as a new car, it should be properly maintained on a regular basis,” said Wadwani. The post sales team did not turn up on time for any regular or on-demand service requests. “I was expecting the lift to last anywhere between 60 to 70 years, however depending on the quality of its functionality and servicing, I felt that I made a wrong choice.”

There are many such cases where the consumers are exploited due to lack of awareness about safety and right product type. Many times even if a consumer is well versed with elevator protocols, there are incidents when he/she might end up investing in the wrong product. In this case, his existing lift was dismantled and the existing shaft was used to mount the real home lift from TK Access Solutions.

Get to know 4 crazy facts that no Elevators Manufacturer will dare to tell you ! 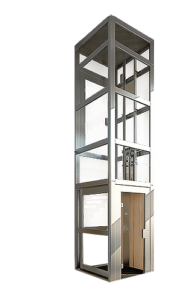